And we know by now that re-distribution of ‘old money’ is not needed at all since money is re-invented a long time ago and taxes are illegal and unlawful.
There is no innocence anymore. All the transitional information is out there.

Someone is saying:
@CNN discusses basic minimum income for all.
Another one is saying:
@Encouraging us to take the route of slavery to the system again.

Now let shine the Light from the new reference point through this ‘old’ way of thinking!


Basic income? No this will keep all in the system
Basic income: politics are talking for more then decades already about a basic income and still it is not here. That’s first.
Second: the co notations on ‘income’ is that you have to DO something in return to earn this income and that’s not true. It is no income at all, its a restoration because free life entrance is occupied, so this is a compensation, not an income at all.
Third: basic income is still about taxing and burdening us, and redistribution of ‘old’ money. 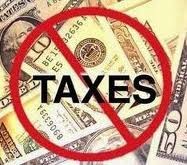 
Compare with Guaranteed income
Guaranteed income is even more worse and keeping us in the corrupt system totally. Basic income people already comprehend that they do NOT have to work for their Living and Being on Earth, they refuse to give consent to rob their life force energy, but they still are trapped in the economical part. You will comprehend this after reading this article.

It is possible, and this should happen, to create a monthly amount to get every ones basic needs met. And with every transaction a little percentage, for example 1/1000, dissolves (because we our selves do not live for ever).

There is 100% economical back up for this created monthly amount of money (money are just numbers in a spreadsheet and by now everybody knows this), because we pay our basic needs, like the bakery for example, with this money… Done! That’s it!

Costs nothing. Not even time: is implemented within one day in banking applications.

Being alive
The ‘being alive’ side of the story you already get totally, because you get the meaning of a good feeling of You Being the Value, self love and self respect. Wonderful!

But the question ‘who is going to pay’? you do not get already. It is not the other who has to pay your being alive. It only takes One Programming Rule in the software of banking applications. Its not necessary to tax anyone.

Your true self love and self respect, your knowing of You Are the Value can simply expect, or rather claim, that all of us has money numbers available. Most (Dutch) people do not have a good feeling of self love and self respect, and are not aware that They Are The Value. They do not dare to simply find it normal to create numbers for their being alive while the 100% economical back up is here already. That’s why they want to tax others. (Dutch) People do agree taxing one another.

Well, lose THAT: step away of suppressing one another.
Learn more: Simply create the numbers


What is missed and stolen in our living on Earth
What they really stole from us is our free entrance to life and we will have this back with the One Programming Rule within one day and costs nothing!
There is no waiting anymore. For years already is not. What is here is the refusal and the suppression of a true living togetherness.

We MUST STOP creating money for mortgages and loans. Who can create money for a mortgage? Who can create a loan? Right the rich ones. And we all know how ‘old’ money works. We do know this for years already. But the ones with BIG houses still are feeling very good by creating HUGE amounts for themselves. And afterwards blaming the banks because of their way of creating money. But many already know, but are not truly facing this.

Economists saying that it is about interest. Mortgages drama’s etc. No we have to stop creating money for mortgages and loans immediately.
And create entrance money and from now on. And create crowd power loans for your mortgage or loans.

Our govt (Netherlands) and the banks are informed, but they refuse and still suppress our free living togetherness.

Existence Money does not cost anything and is back within one day.
For more in-depth awareness you can join the New Earth Life Academy from the New Paradigm, which is homeschooling!


On July 25th all Platforms including Equi Place are dissolved but her awareness is STILL very much ALIVE of course.

The Truth of Life was always here, is here NOW, and will be here always. The flexibility of Life, Life flowing in her own context, no interference, just let her BE.

In November 2015 we co-created new Platforms and new video series and provided the wonderful facilities Equi Place offered. We always are coming from the Reality of the NOW.

Are you looking for 'new' currency's?

We ARE the New Earth

Next Generation in our midst in 2018

Transition - We ARE the New Earth

Through the Eyes of every Child

Under the Authority of We

The End of POVERTY

mascha Vdf roedelof (Het Bewuste Pad)
I’m a beholder of a totally new space. I long to live together on earth. So I do. I do not tax anyone in anyway. I’m sharing the Circle of Life from which we share free entrance to life together. We Are All Invited and We Are all Connected